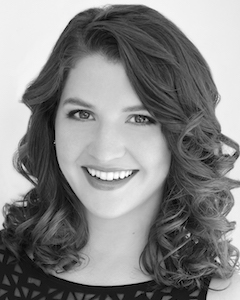 Kelly Miller is a mezzo soprano and second year master student at Binghamton University. Before her studies at Binghamton Kelly appeared in both opera and concert performances in New York City as well as on Long Island in Sands Point, Northport, Oyster Bay, and the Bronx. Kelly graduated from Adelphi University with a degree in Music in 2013 and in the same year came back to perform as a soloist in the Adelphi Symphony as the Narrator in their performance of Debussy’s “La Damoiselle Elue.” She then traveled to Vienna to further her training with “Vienna: Language of Lieder.” She sang the role of Cherubino in an abridged version of Marriage of Figaro with Bronx Opera Company in 2015. She went to Songe d’été en musique study with her current teacher Thomas Goodheart in 2016 and 2017. Since studying at Binghamton University Kelly won third place at the Finger Lakes District level of the National Associate of Teachers of Singing and was part of the La Traviata chorus at Tri-cities Opera. In her first year at Binghamton Kelly has studied roles such as Nicklausse from Les Contes d’Hoffmann, La Suora Infermiera from Suor Angelica, Third Spirit/Third Lady from Die Zauberflöte and Dorabella from Così fan tutte.