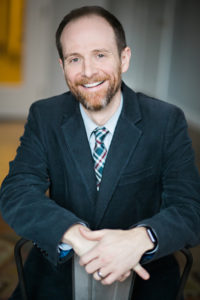 Dr. David Fryling is director of choral activities at Hofstra University, where he conducts both the select Hofstra Chorale and Hofstra Chamber Choir and teaches beginning and advanced studies in choral conducting, as well as graduate-level studies in choral conducting and choral literature. In addition, he serves as an adjunct professor for the Hofstra School of Education, where he supervises choral music education student teachers during their field placements. In fall 2014 David was inducted into the Long Island Music Hall of Fame as the “Educator of Note” in recognition of his years of leadership in the Long Island music education community, and in the spring of 2017 David was named the winner of the American Prize in Conducting in two categories: community chorus and college & university chorus.

From 2007 to 2013, David served as coordinator of the Vocal Artists program at the Interlochen Center for the Arts in Michigan, where he was conductor and music director of the World Youth Honors Choir and Festival Choir & Orchestra. These two choirs formed the core of the high school choral experience at this intensive six-week arts camp, and under his direction they performed large-scale works including Brahms’ Nänie, Pärt’s Credo, Vaughan Williams’ Dona Nobis Pacem, Orff’s Carmina Burana, Gershwin’s An American in Paris, Brahms’ Ein Deutsches Requiem, Duruflé’s Requiem, Poulenc’s Gloria, and Mozart’s Mass in C (“Coronation”).  He has since been a frequent guest artist on the conducting faculty of the New York State Summer School of the Arts (NYSSSA) School of Choral Studies, and has served on the faculty at the Sitka Fine Arts Camp in Sitka, AK.

In addition to his professional teaching and conducting responsibilities, David has served the American Choral Directors Association for many years, and currently serves as ACDA National Vice President.