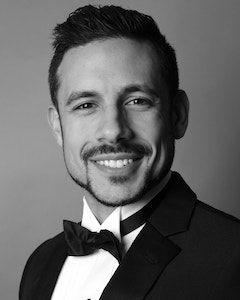 Jonah earned a postgraduate certificate in vocal accompanying from Le Conservatoire de Musique de Montréal. Before moving to Canada, he completed his Masters of Music in Piano Performance and Bachelors of Music in Music Education from the Crane School of Music. As first place winner of the 2008 Crane Concerto Competition, Jonah performed as piano soloist with the Crane Symphony Orchestra. As a countertenor, recent performance highlights include solo work with the New York Continuo Collective, the role of Grimbald in Purcell’s King Arthur and Tibrino in scenes from Cesti’s Orontea with the Amherst Early Music Festival. For the past several years, he has been a section leader and featured soloist at the Reformed Church of the Tarrytowns in Westchester County. As a tenor, Jonah sang the role of the Doctor in a concert version ofNext to Normal with composer Tom Kitt.

An active teacher and choral advocate, Jonah has spent the past two summers as a coach and choral conductor for the Queens College Summer Vocal institute. He is currently in his 7th year on faculty at Byram Hills High School in Armonk where he teaches Music Theory and directs the Concert Choir, Jazz Choir and vocal students of the Varley Players stage program. Jonah is excited to return to his long island roots and perform his first concert with eVoco this Fall.