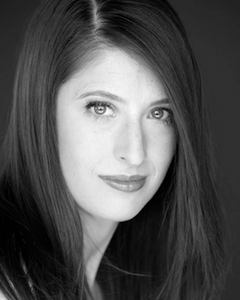 Acknowledged by the South Florida Classical Review for her “vocal color and variety,” soprano Elena Blyskal creates vivid and versatile performances of traditional and contemporary repertoire. Elena enjoys exploring a vast canvas of characters, from the infamous Queen of the Night, to the mysterious Voice haunting the Old Testatment’s Jonah (Einstein’s Inconsistency), to Khloe/Kourtney in the workshop of Dana Kaufman’s Opera Kardashian, which were roles created for her.

As a collaborative advocate for art song and new music, Elena has premiered the music of Julian Brijaldo, Dylan Findley, Peter Evans, Zachary Friedland, and Jared Hettrick, whose Hunger Games-themed cycle Songs on Fire was written expressly for her. She recently sang three concerts with the soundSCAPE Festival in Maccagno, Italy, and has enjoyed guest appearances with Kaleidoscope MusArt, Hispanic-American Lyric Theatre, and New American Voices. Elena also premiered the piano version of vocal-movement work Falling for Prepositions at Miami’s Zenith Art & Fashion, where she collaborated with dancer Claire Porter and composer Mary Ellen Childs.

Elena earned her Doctor of Musical Arts in Vocal Pedagogy and Performance at the University of Miami’s Frost School of Music, where her research interests included mindfulness practice in the collegiate vocal studio. She received her Master of Music in Vocal Performance from the Longy School of Music of Bard College. Elena teaches voice and music directs in NYC and on Long Island. She currently serves on the faculty of Highbridge Voices, which provides singing opportunities for students in the South Bronx. For more information, please visit www.elenablyskal.com