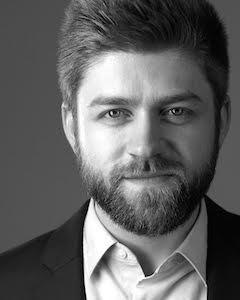 Connor Martin is a New York City based percussionist, music producer, composer, arranger, music director and singer. He graduated with a BS in Music Performance from Hofstra University in 2018 where he sang with The Hofstra Chorale and Chamber Singers, music directed the award-winning Hofbeats, and received the Rhoda P Levin Honors Recital, among many other accolades. He currently is a music production contractor for The Vocal Company, a company extremely well-known for its work in a cappella music production and a cappella education. He is an active percussionist and has played in various productions such as Godspell, Fiddler on the Roof, 42nd Street and more. He also co-wrote a musical entitled With or Without You that made it’s NYC-debut in May 2019 at Theatre Row Studios. After playing percussion for Evoco in the spring of 2019, Connor is very excited to officially sing with such talented individuals and cannot wait to get to work!