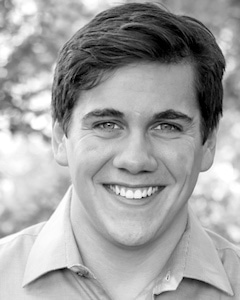 Thomas Riley is the current Choral Director at Lawrence High School in Cedarhurst, NY. He earned his B.M. in Voice Performance and Music Education from Ithaca College in 2013, and is currently working towards his M.M. in Choral Conducting under the renowned Donald Brinegar at California State University Los Angeles. Thomas Riley has been a professional performer since he was 12 years old and has sung at many extraordinary venues including the Metropolitan Opera House, Caramoor Festival, and Carnegie Hall, where he made his soloistic debut when he was just 16 years old. Riley uses this love for the stage to encourage his students to be fearless musicians.

During his time at LHS, Riley’s choirs have performed at countless school, community, and professional events, in addition to their regular concert season. Thomas Riley’s LHS Choir, alongside Ted Sperling’s MasterVoices, premiered a work composed by Marisa Michelson with libretto by Royce Vavrek titled Naamah’s Ark as part of the 2016 MasterVoices season. The work, which was specially commissioned for the students of LHS, delved into the hardships faced by them during Hurricane Sandy, and was well received by members of the community and critics alike.

As a teacher for the ArtLifeCulture’s SummerSING! Choral Program in Cork, Ireland, Riley has become well aware of the benefits of a cultural exchange of music. His love for travel has manifested in many beneficial ways for his students; most recently his choirs performed with the AiR Singers, an Irish musical collective based in Cork, Ireland, just prior to their Lincoln Center debut. This ongoing cultural and musical exchange has proven to be a positive bridge of cultures, as his students have remained friends with their fellow Irish performers, and communicate with them regularly.

Although teaching has become his first priority, Riley’s love of performance has never left. He is excited to enter his fourth season with evoco under the tutelage of the incredible Dr. Fryling, and to continue to better his musicianship with other minor musical projects in the greater New York area. He keeps an active voice and piano studio between Suffolk and Nassau Counties.