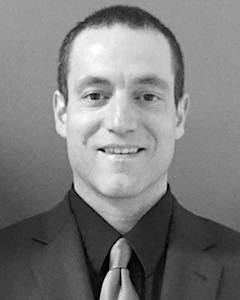 Malcolm Gilbert has spent the past 23 years on Long Island in the Massapequa School District as the director of the Freshman Choir. He prefers his spices to be alphabetized and honestly loves plain grilled chicken. When meeting people for the first time, he is generally assumed to be cop or a soldier. Malcolm is an active private voice teacher, adjudicator, conductor, and guest speaker. He has conducted both Junior- and Senior-High All-County Choirs. He has presented workshops for the NYSSMA Winter Conference, SCMEA-NYSCAME, Balanced Mind Conference, and Hofstra University’s ACDA and NAfMe chapters. His classroom management style has been described as “effective,” “unconventional” and “yelling at us with your eyes.” He used to suffer from mild OCD, but that pretty much went away when he met his beautiful and talented wife, with whom he lives in Holbrook, just a few minutes down the road from four wonderful children from his first marriage. Malcolm is a founding member of eVoco Voice Collective, and is an active freelance baritone. Like most choir teachers, Malcolm is a former competitive bodybuilder. Away from the classroom or concert hall, Malcolm is still an avid weightlifter and youth baseball coach.