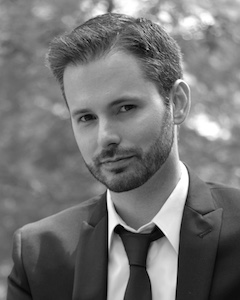 Eric Rubinstein is a Lecturer of Choral Music Education at the Aaron Copland School of Music, Queens College (CUNY), where he directs the Women’s Choir and teaches undergraduate and graduate courses in choral music education. Mr. Rubinstein is also a candidate for the Doctor of Musical Arts degree (D.M.A) in Choral Conducting and Music Education from Louisiana State University.

Mr. Rubinstein has held previous appointments at Monticello High School, Westhampton Beach High School, and Brooklyn College, and is currently on the artistic faculty at the New York State Summer School of the Arts. Ensembles under his direction have earned highest honors at state and regional festivals, have been featured at ACDA conferences, and have performed at Chautauqua Institute, Carnegie Hall and throughout England. He also remains active as a guest conductor and clinician for various choral festivals and conferences.

In addition to conducting and academic research, Mr. Rubinstein enjoys an active career as a soloist and professional chorister. He holds several professional roles to his credit including Man 1 in Songs for a New World, Beadle Bamford in Sweeney Todd, Henrik Eggerman in A Little Night Music, and the title role in Craig Hella Johnsons’s passion-oratorio, Considering Matthew Shepard. He has appeared with Red Shift Chamber Choir, the Baton Rouge Symphony Orchestra, eVoco Voice Collective, and The New Musicals Project, and has worked with such artists as Craig Hella Johnson, Victoria Clark, and Kristin Chenoweth.